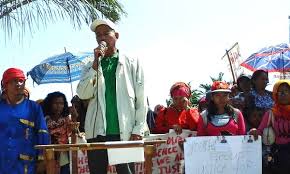 Last February 21, 2016, 8:15 in the evening, there was a blast incident that happened in Barangay Poblacion, Esperanza, Sultan Kudarat resulted to the death of a child Elton Jan Antonio and forty nine (49) other casualties according to the Provincial Prosecution Office of Isulan, Sultan Kudarat. As reported, there were two accused namely Louie K. Bakat, 19 and John Rell R. Kanakan, 19. Both belong to Indigenous People.

The families of the accused seek help to the authorities for they believed that their children were innocent and victims of injustice. Further, the case was done without undergoing due process. This caught the attention of the Coalition of Human Rights Defenders and Peace Builders (CHRDPB) / rRegional Reconciliation and Unification Commission and other members of Civil Society Organizations (CSOs) to obtain information to the both parties involved in the case and to get updates regarding the assistance of the Local Government Unit (LGU) of Esperanza, Sultan Kudarat to the victims.

On the other hand, Anwar Embalwa being one of the counselors of Municipality of Datu Abdullah Sangki commended that he will pass resolution on their next session in able to serve justice for the suspects considering that they were victims of human rights violation and injustice as such the case was done without undergoing due process; victims were injured and should be hospitalized for how many days prior to the incident and should not be detained because of their condition and hospital arrest should be practiced; to find legal assistance to the suspects/ victims; to file motion to hospitalize the suspects; motion for reinvestigation; criticize that the eye witness was related to the arresting officer and only one submitted an affidavit as witness.
sa Martes, Marso 01, 2016