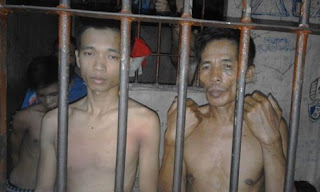 
The illegal arrest and detention as well as the tortured of the two members of the BIAF namely ABDULBASIT AMPUAN, 56 yrs old and LAHMUDIN MUHALIDIN 17 yrs old both from the Battalion Murshid, 106th Base Command, BIAF-MILF under Comdr. Jack Tawakal perpetrated by the elements of the 62nd Division Recon Company 6ID PA at Nabalawag, Midsayap,North Cotabato on June 24 2016 is condemn-able as we vehemently condemn it in each highest term
according to the most reliable information prior to turn-over of the two said person to the Midsayap Police Station were heavily tortured, coerced,Harass and intimidated to let them admit as the bombers of the recent bombing in Midsayaf Datu Piang Road.
Towards this end, we call on the law enforcers as well as the Human rights defenders to conduct immediate investigation to seek justice for these two victims of human rights violation and to prosecute the perpetrator.
MABUHAY ANG KARAPATAN PANG-TAO IGIIT ANG KATARUNGAN PARA SA MGA BIKTIMA SA PAGLABAG SA KARAPATAN PANG-TAO!!
sa Lunes, Hunyo 27, 2016 Walang komento: 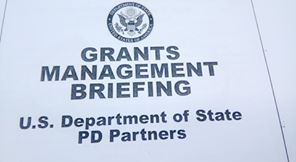 Regional Reconciliation and Unification Commission are invited on the said meeting by the United States Department of State PD Partners. The said meeting aims to reach out some individual/group or government offices from the Philippines who are doing well in their respective duties and mandates to avail short term to long term grants.
sa Huwebes, Hunyo 16, 2016 Walang komento: