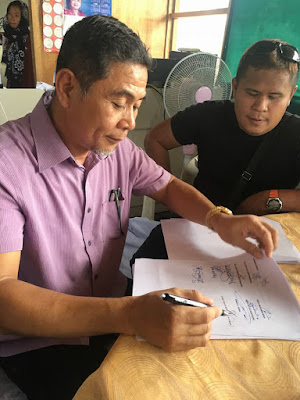 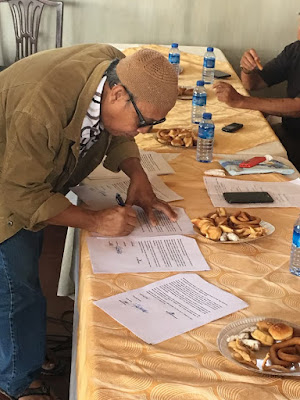 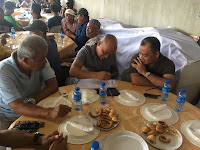 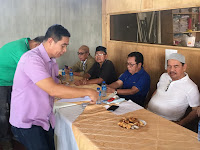 The Regional Reconciliation and Unification Commission of the Autonomous Region in Muslim Mindanao has successfully reached amicable settlement between the two conflicting parties in persons of Mama Binangon and Datu Mail Omar on Wednesday, October 25, 2017 at Rosary Heights 7, Cotabato City.
The amicable settlement was spearheaded by the RRUC Chairman Romeo K. Sema who also facilitated series of meetings and dialogue between the families and relatives of the former and the latter. Some of the well-known personalities also acted as mediators during the mediation process of the conflict.
These are the former Cotabato City Mayor Datu Muslimin G. Sema, Talayan Mayor Datu Ali Midtimbang, Datu Datun Diocolano, Datu Antao Midtimbang, Naguib Solano and a representative from the Coordinating Committee on Cessation of Hostilities – GPH Ryan Dave Jungco.
The tension has resorted from the ambuscade of Mama Binangon last September 27, 2017 at Barangay Tenorio, Datu Odin Sinsuat, Maguindanao where Zacaria Balenti Mamalangkay Alias Jack Maulana was the alleged trigger man.
As the result of the mediation processes, the alleged trigger man Zacaria pledged to the Holy Qur-an his innocence despite his presence during the shooting incident. The alleged was also obliged to give diat – a symbolic amount of money for the cleansing of the heart.
It was also mentioned in the “Kapasadan” (agreement) that the victim Datu Mail agreed to the provisions and respected the decision of the mediation panel. (Communication Division)
sa Miyerkules, Oktubre 25, 2017